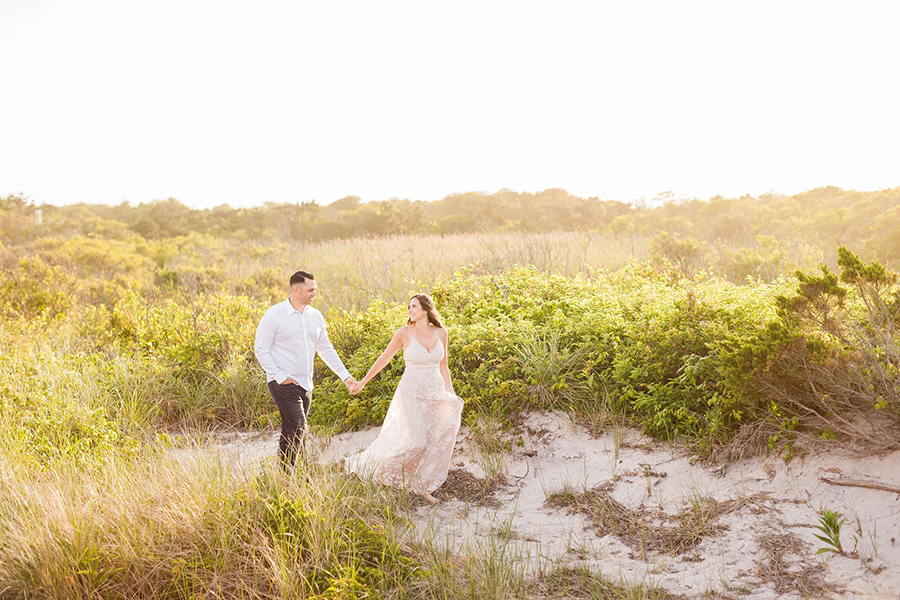 Beach sessions at the Jersey shore will never ever get old. Each session is as dreamy as the next, especially when it’s a golden hour engagement. As for this gallery shot through the lens of Kelly Sea Images? Well, it’s set in Island Beach State Park, has the most romantic lighting, and even ends with the couple in the water. Not to mention the most adorably styled beach picnic overlooking the water. You just have to take a peek below!

From Kelly Sea Images…This session gives me all the Outer Banks vibes! Best of all, we were able to shoot it right here in good ol’ New Jersey! I knew that Courtney and Mike wanted a beachy vibe, and I figured Island Beach just might be the place to get that feel for their photos. I am super familiar with the island and I was thrilled that I got to use some of the tricks I’ve been hiding up my sleeve. I feel like so many of my ideas are always weather contingent. It’s also super true that when one door closes, another one opens. There was a semi-heavy east wind happening so I figured the ocean beach might be a no go. Fortunately, I have long had dreams of shooting a session where we were actually able to get into the Barnegat Bay at the end – and low and behold it happened. Not only did it happen but we also got the most incredible pink sunset and it just drenched everything in rose gold. When the east wind is howling the bay is usually dead calm, and it was. It was also Caribbean clear. 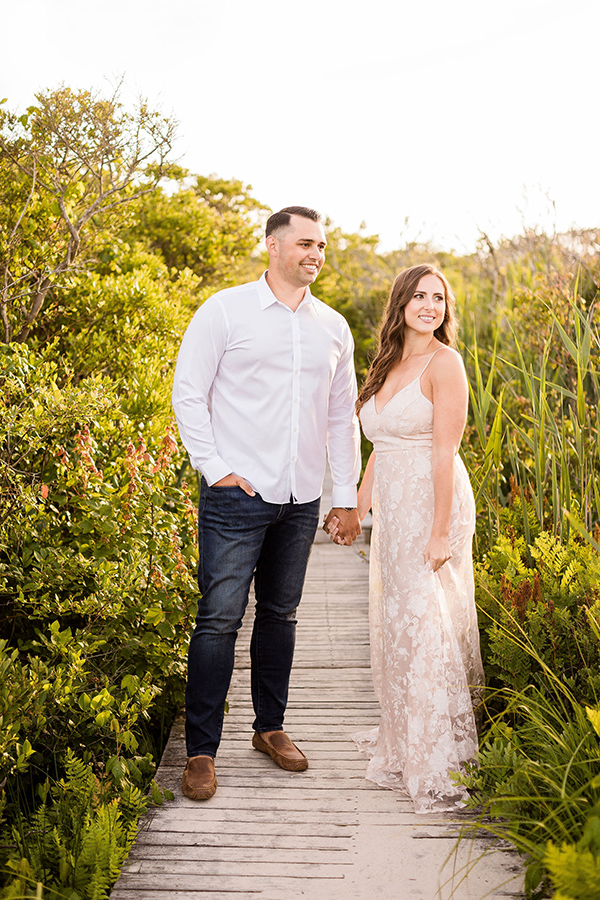 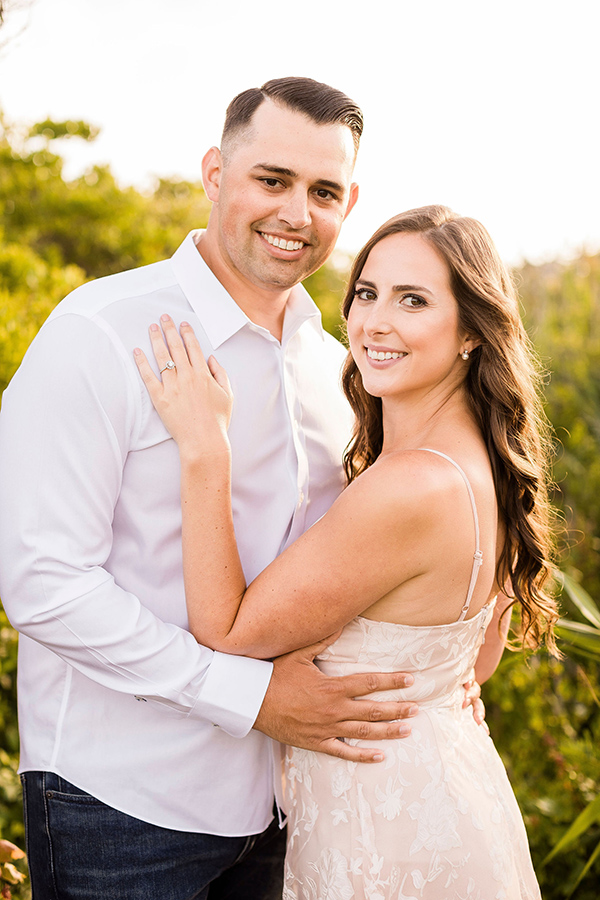 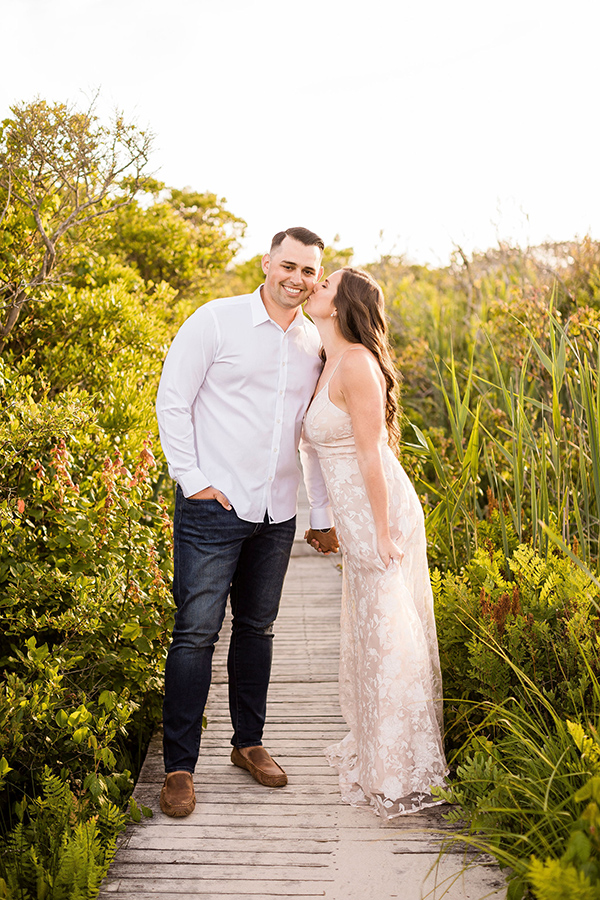 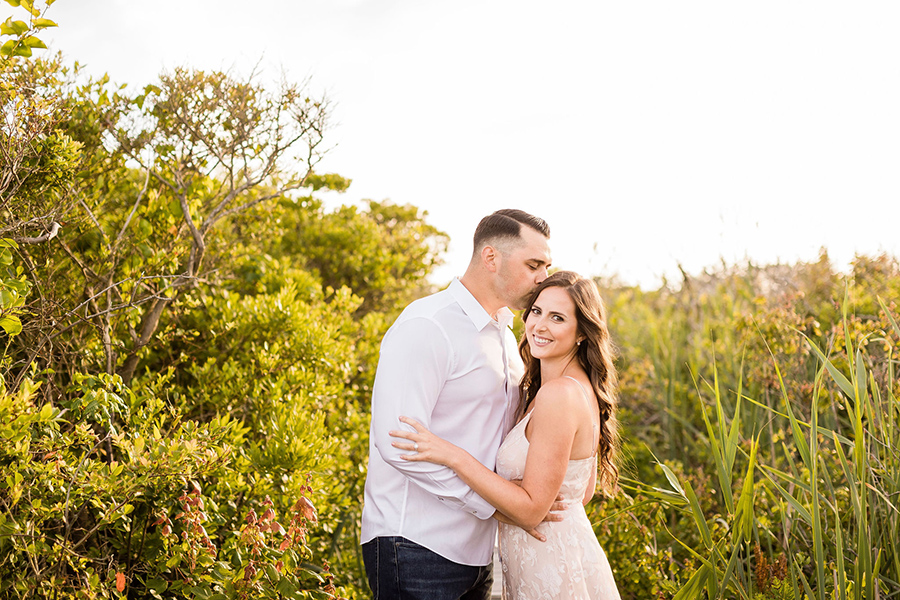 We met while I was visiting my friend, for her birthday at Ramapo College. We went to a party where I met her friend “Mike”. Nothing came from that first night other then we became Facebook friends. It wasn’t until I transferred to Ramapo a few months later that Mike and I became friends and hung out every day. At the end of that semester, Mike showed up at my house with flowers asking me to be his girlfriend. January 26th 2020, started as a normal Sunday morning filled with the usual chores around the house and getting ready for the week ahead. We had plans to meet with friends for lunch in Belmar. When we arrived in Belmar, Mike said that our friends were running a little behind and that we should take a walk on the boardwalk while we wait for them. I did not get suspicious since Belmar is one of our spots we go to for walks especially on warmer winter days. This day it happened to be windy and cold but I still did not think twice. As we were walking down the boardwalk, Mike stopped me and said, “Do you want to make this day better.” Before I knew it he was down on one knee asking me to marry him. I was completely shocked and I don’t even remember all that was said, all I know is that I said YES! Our friend, Jeff and Mike’s brother Danny were close by with cameras capturing the moment. Afterwards, we went back to Mike’s parents’ house in Jackson to celebrate with our family and friends. It was a perfect day! 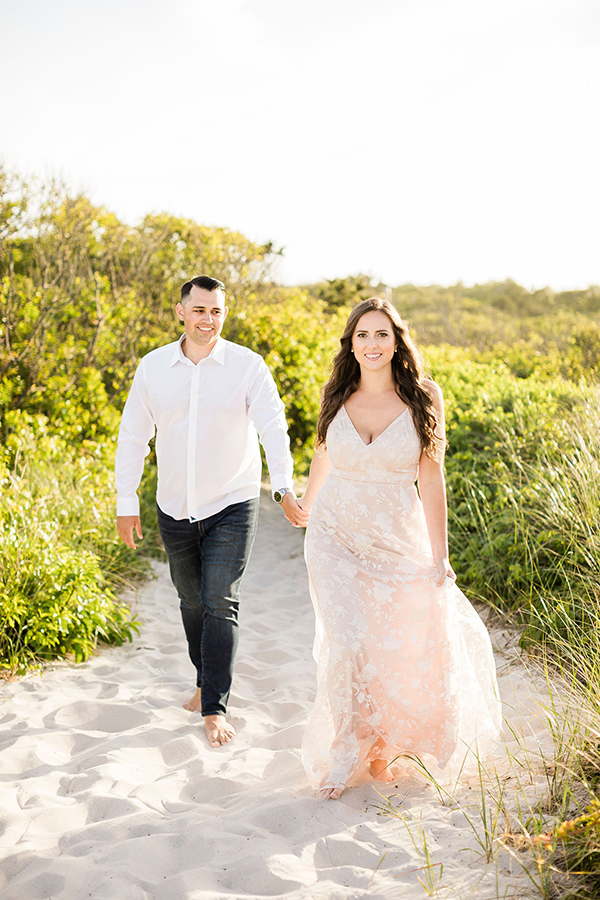 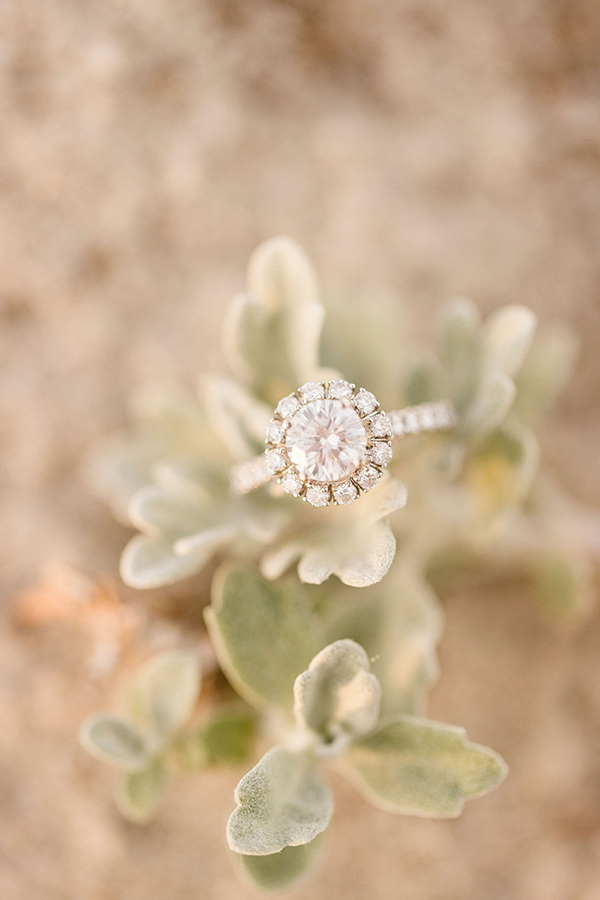 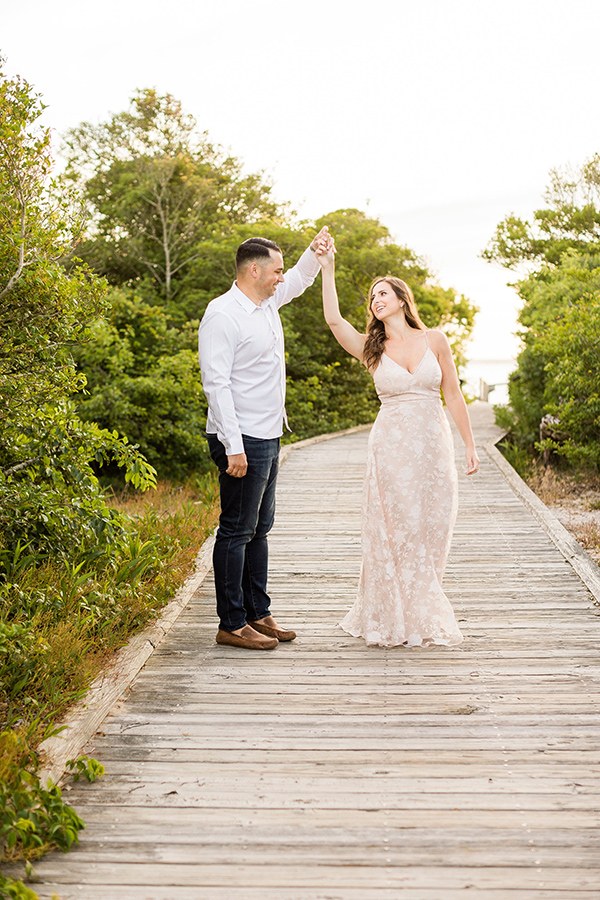 How cute is this picnic set up with driftwood and champagne to celebrate?! 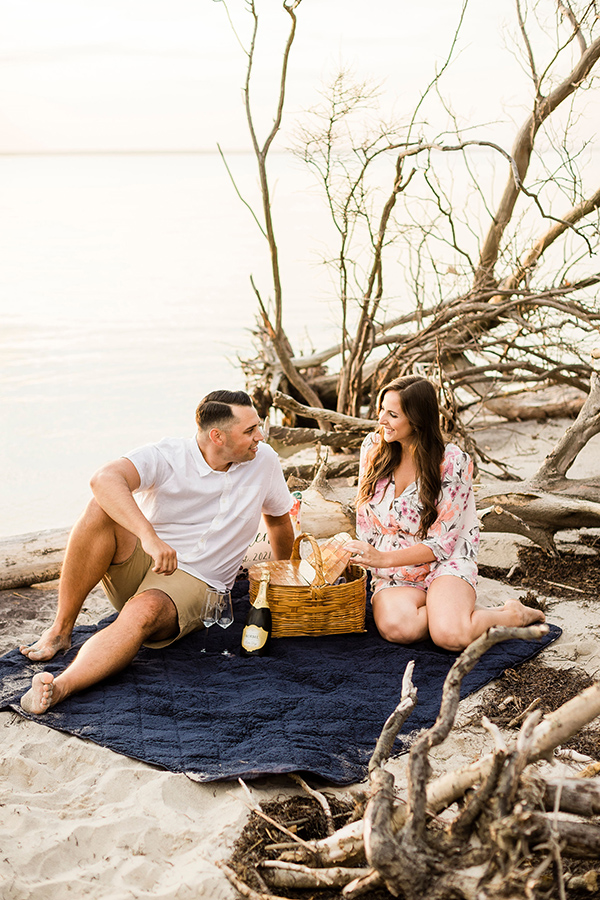 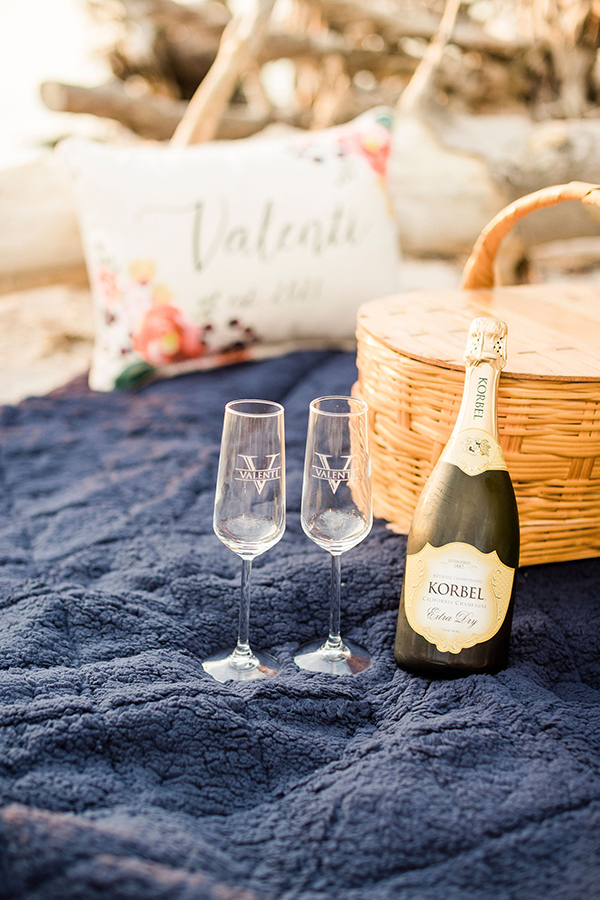 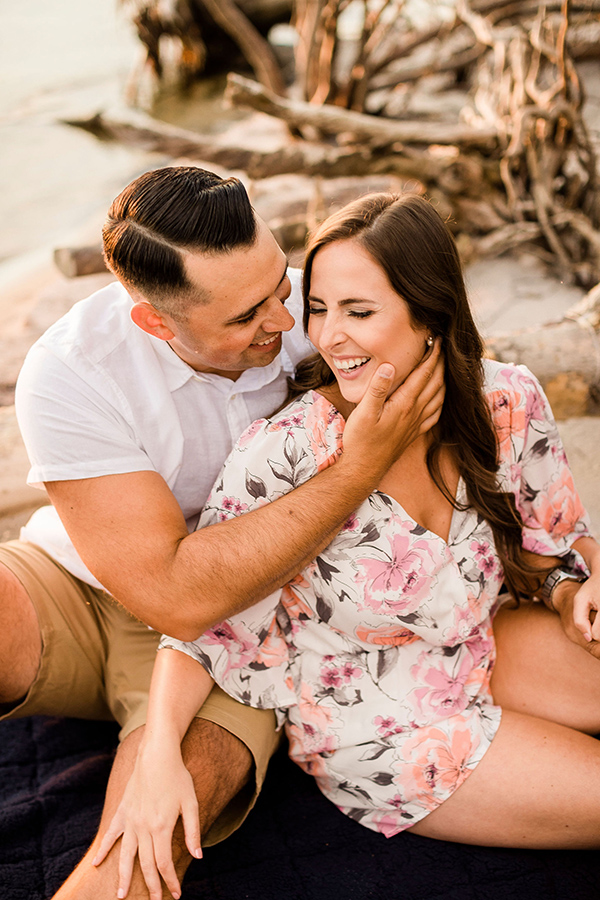 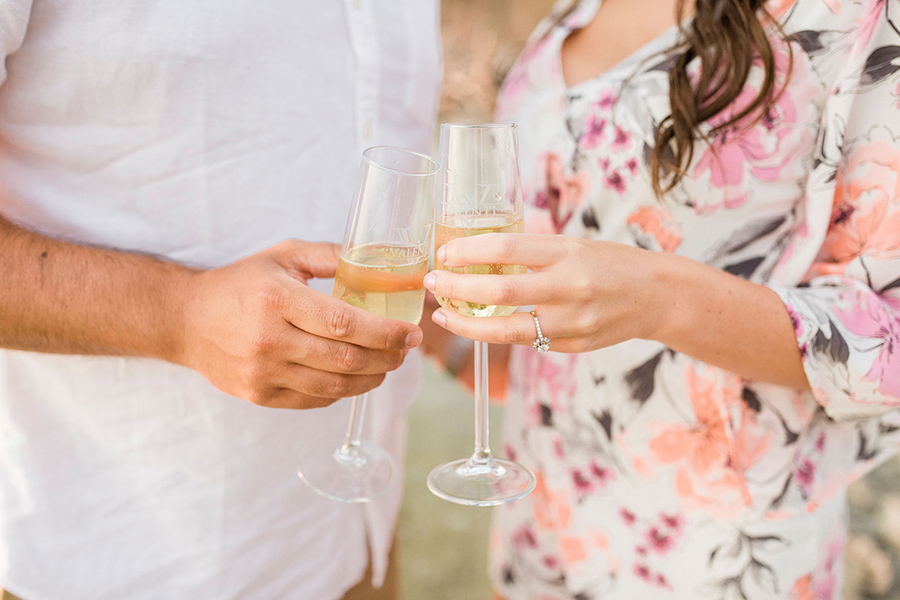 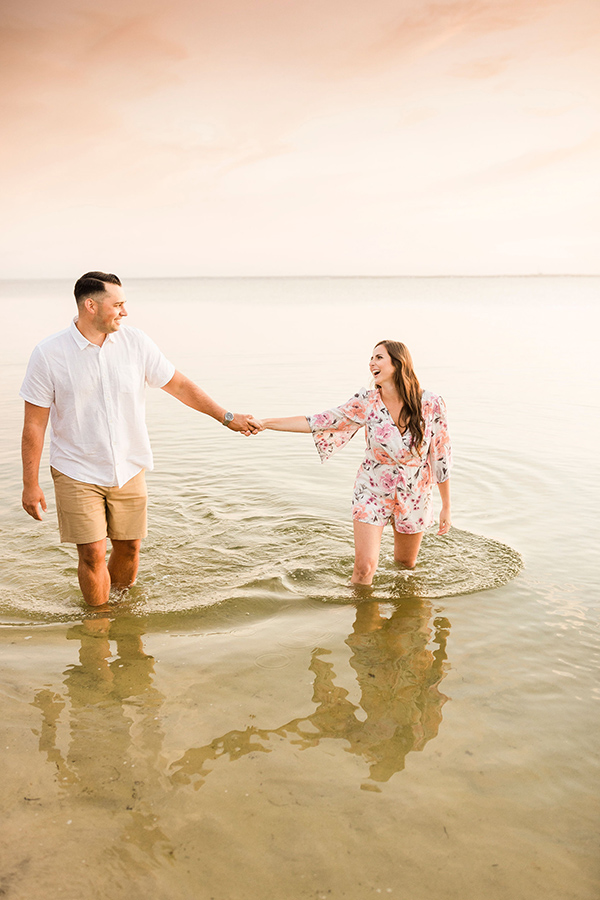 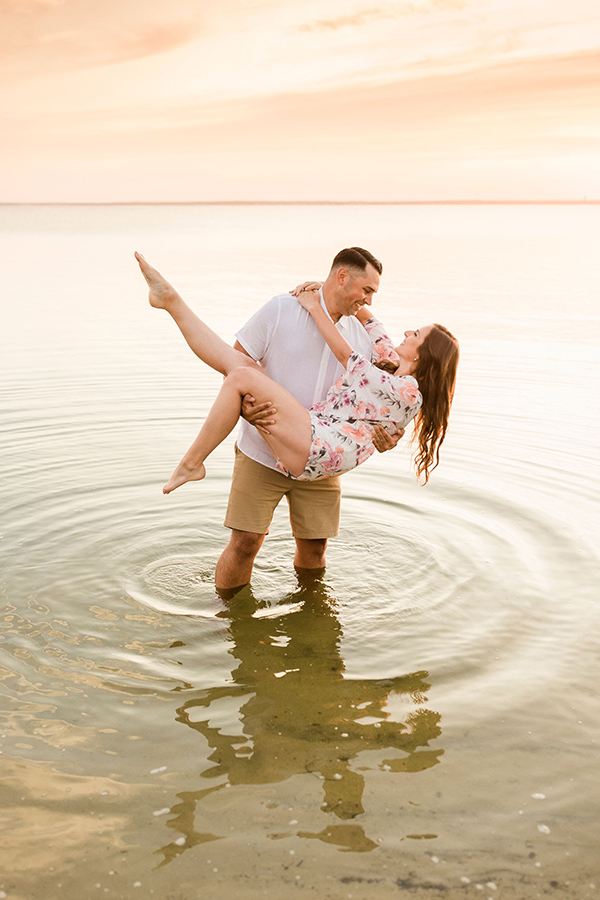 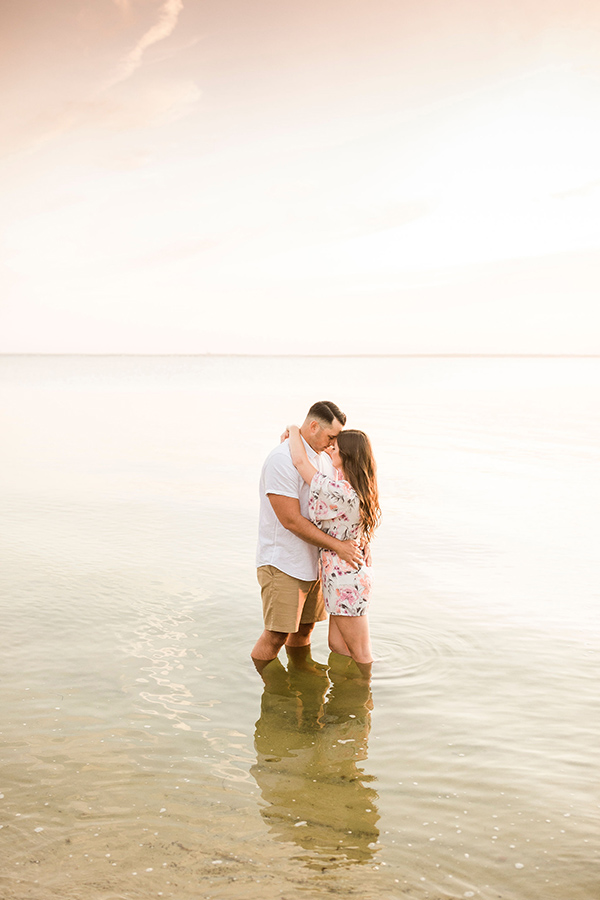 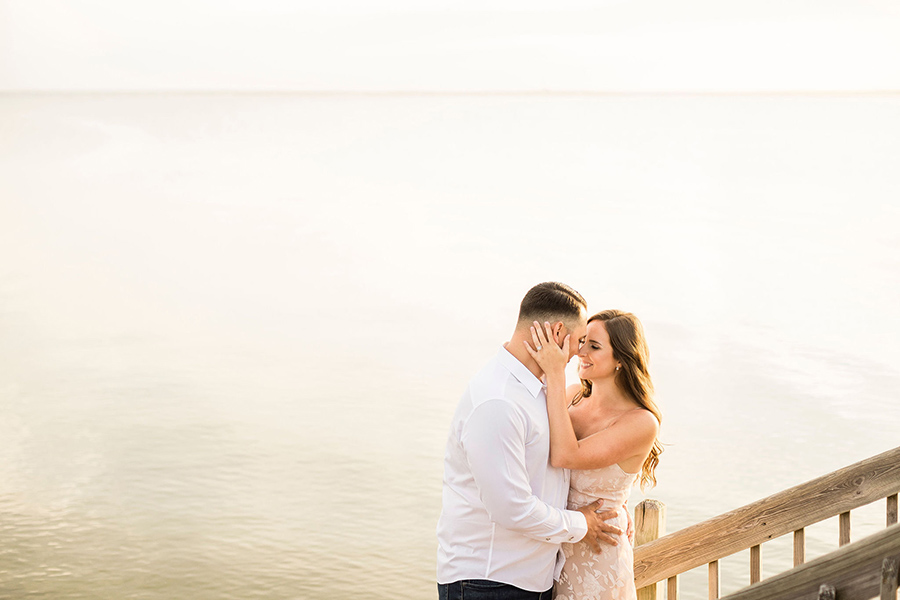