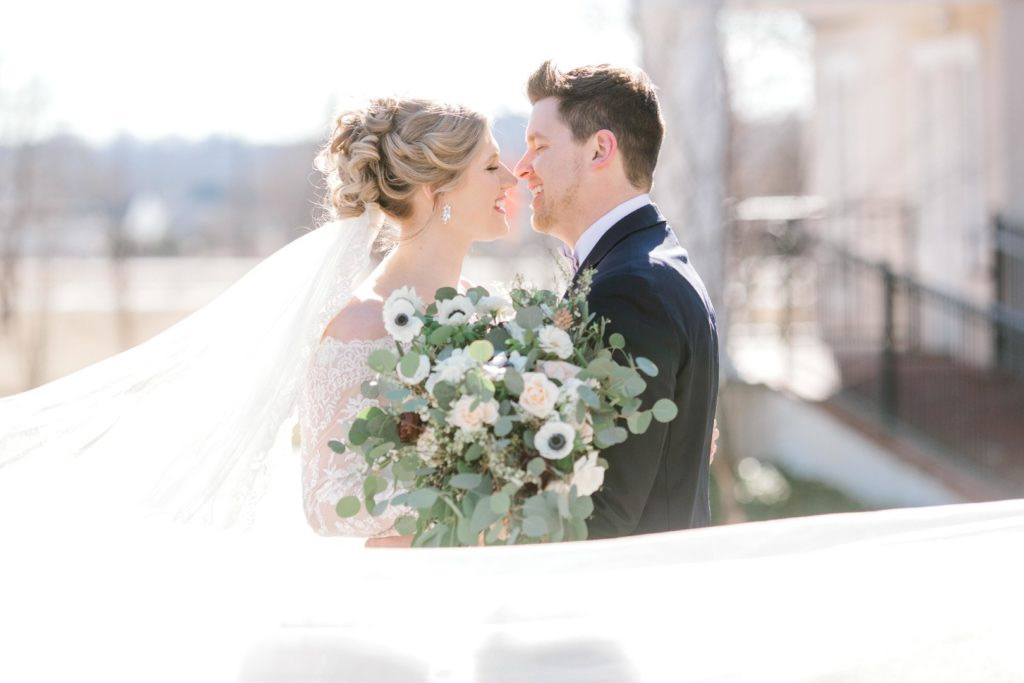 When this romantic wedding in a 200-year old refurbished barn landed in our inbox, we just could not wait to share it! But the best part? Each and every DIY detail was planned with so meaning behind them from the Jenga guest book alternative for the couple to “build their future” on to writing their own vows and having a wine box ceremony, right on down to the favors that paid homage to how their relationship all started. Captured by Susan Elizabeth Photography, Kristen and Paul’s wedding is absolute perfection and you can take a peek at all the images below.

From Susan Elizabeth Photography…This gorgeous wedding was held in a refurbished 200 year old barn! Utilizing the original silo and materials from the original barn this space is unique, authentic and dramatic. The reception space has whitewashed ceilings with dark wood exposed beams, Italian porcelain floors, French doors, and a floor-to ceiling stone fireplace which the ceremony was held in front of. The couple’s Yorkie even made a guest appearance for the photo session!


How did you meet?
We connected on the “Dating App: OK Cupid.” I messaged Paul first (January 2016) after reading his profile. It was extremely rare that I would initiate a conversation, let alone even respond back to most people on the site. In fact, this was the first time I logged onto the site in quite a few months. I was frustrated with the process, quite frankly, but figured why not give it another shot. After learning that Paul was a school teacher and knowing that there was a big snowstorm a few days prior, my first message started with some witty comment about him probably having been off from school the past few days, and even jokingly referred to him as a “bastard.” That sparked him to write me back and we got to chatting, quickly exchanging phone numbers, & well, the rest is history. We met up 3 days after!

Tell us about the proposal.
The proposal was so perfect, so well thought-out and A SURPRISE. I was not expecting it to happen when it did because I had fresh stitches in my middle finger, right next to my ring finger, THE ring finger. It was December 9, 2017 and I thought we would be doing what we would normally do on a Saturday in December- watching the Hallmark Channel on the couch by the fireplace having a few drinks. That is not what happened… It started off by Paul going to shower and telling me that I should probably do the same. I questioned him and protested, because showering was more of an annoyance because I couldn’t get the stitches in my finger wet. He said he had to run out to pick something up, which was weird because it had just started snowing, but again, the thought never crossed my mind that this could be THE DAY. He left and I showered. Shortly thereafter, Paul called me on my cellphone and told me to go downstairs and check my Christmas stocking that was hanging by the fireplace. As soon as I opened my stocking, a scavenger hunt began where I was prompted to go though the house to find 2 romantic notes accompanied by 2 single red roses and clues to what was “actually happening.” Once I finished the scavenger hunt, I called him, like I was instructed to do and he told me that someone would be coming by the house soon to pick me up, since it was snowing and he didn’t want me to drive. It was the most nerve-racking 45 minutes as I sat waiting for “my ride.” Based on the notes I knew that I was most likely going to be engaged very soon, but I had no clue what to expect. When “my ride” came to the house, it was Paul’s brother Phil. We made small talk but I’m sure that it was obvious how nervous I was the entire time. When we got to our destination, he pointed to the beach, in the middle of a perfect little snowstorm and said, “I think Paul’s out there.” It was the longest walk of my life as I walked towards him and his perfect little set up near the rocks in the ocean on Belmar beach. There he stood, with the last note that asked me if I would accept his “final rose” and he got down on one knee. It was the most thoughtful and unexpected proposal. I was in shock. I was so happy and so appreciative. I love the show “The Bachelor” and he went off of that with the theme and the roses. He also had the whole thing documented with photographs taken by our future sister-in-law! Later that night, he had arranged for our closest family and friends to come to “The Cabin” to celebrate with us. It was so special, as that is the place where we had our first date!

Why did you pick your venue?
I had my heart set on a rustic-themed wedding venue, or even a barn! We stumbled upon The Ryland Inn when we were up the road looking at another venue. The second we walked into The Coach House, at The Ryland Inn, Paul looked me right in the eyes and said: “This is the one, isn’t it?” He could just tell by the look on my face after touring it! It was so quaint. A refurbished 200-year old barn, that even had a silo bar with a beautiful chandelier. From that moment on, I knew that it was the place we were meant to get married! It was so gorgeously rustic, yet elegant! The fireplace and the large overhead lights were amazing! We were driving home and called back up to book our date! 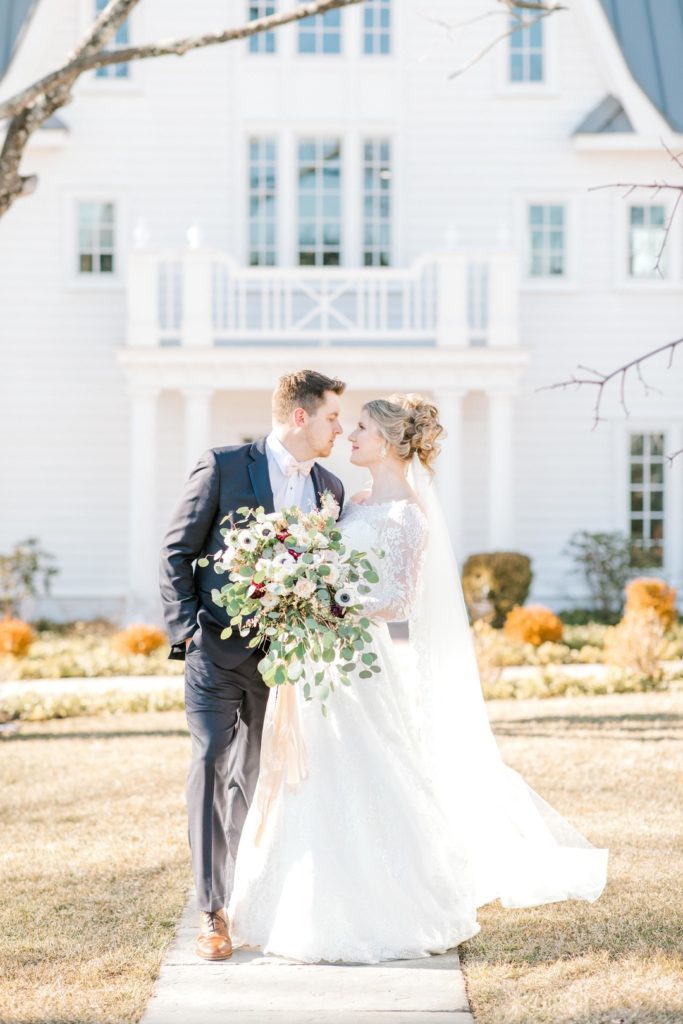 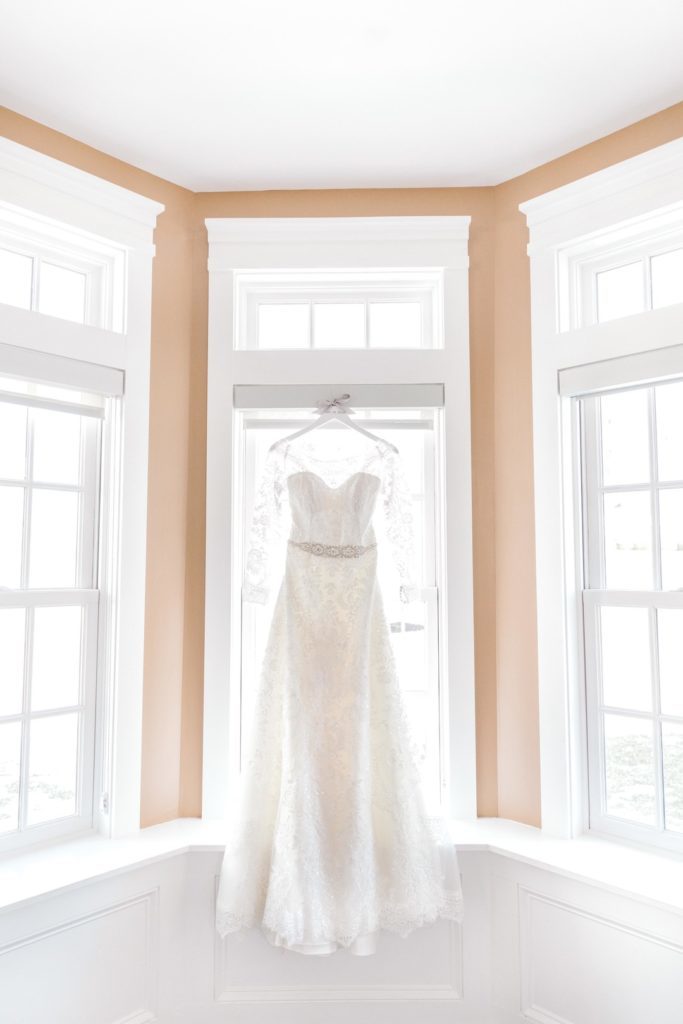 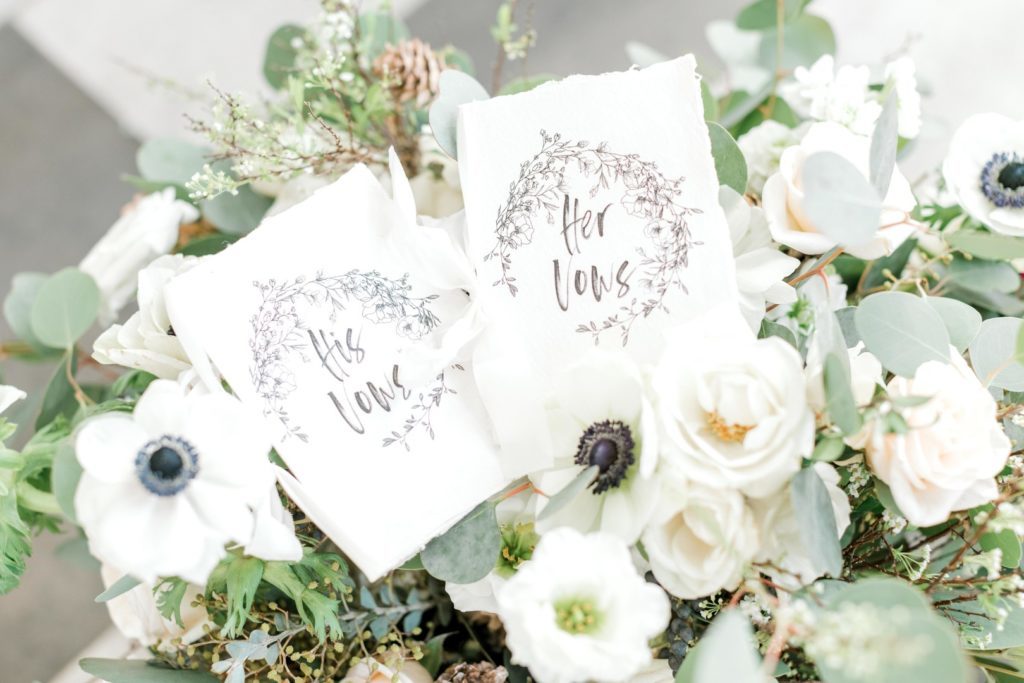 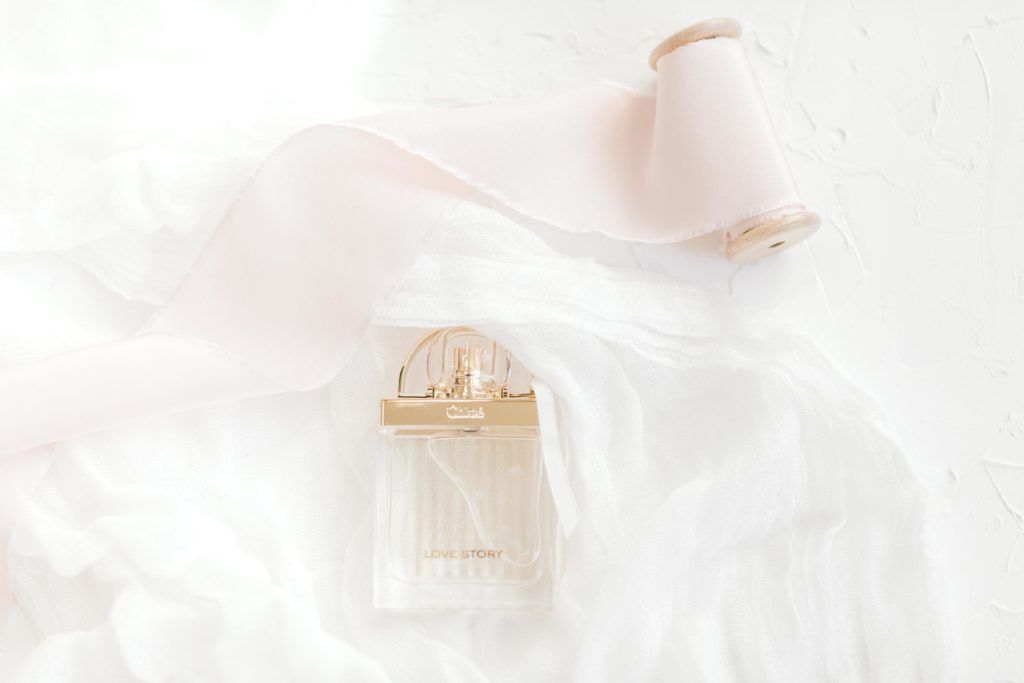 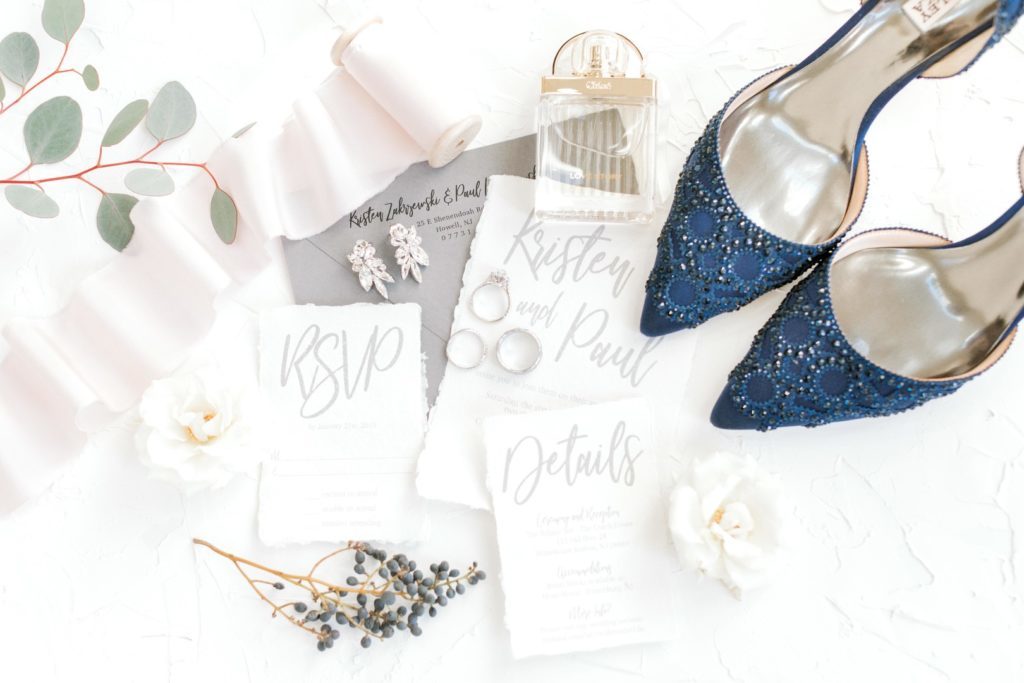 Tell us about all the details of the wedding!
We did a lot of DIY for the wedding. We are also very creative, so we wanted to bring a lot of unique elements and ideas to our special day! We opted to make our own centerpieces & created our seating chart on this amazing wooden contraption that we picked up from an antique flea market that was from an old tobacco farm in North Carolina! We also used an old vintage toolbox picked up from the same flea market to create our “card box” and an old window to create a unique perspective, that displayed our love story. The theme of the wedding was: “Building Love.” We used various vintage items to describe our journey. We opted to go with a Jenga Guest Book as opposed to a traditional one, so that guests could sign a block that we can reflect on & enjoy when we have a game night. Each block represented us “building our future.” I wanted as little flowers as possible and was all about the greenery! The fireplace was filled with tremendous amounts of greenery to add the perfect texture to our ceremony! There was greenery draped over our sweetheart table and candles throughout the room! We didn’t want a traditional “unity ceremony” so we opted to do a wine box ceremony. It was so special and “so us.” We used a hammer to seal a bottle of wine in a box along with 2 letters that we wrote stating the reasons why we love each other. The idea behind it was that it was untraditional. We plan on opening it on our 5th wedding anniversary, however, if we do get in a major fight, the idea is that we will open the box and take out the letters that we wrote to each other detailing the reasons that we fell in love and share the bottle of wine. We also decided to write our own vows so that it was a more personalized experience and we have our vow books as mementos. We got creative with every detail, down to the favors. They were cute mason jar shot glasses filled with “conversation hearts” and a little tag that read: “She started the conversation. He took a shot.” This was in reference to the way we met!

What was your favorite moment of the day?
It’s hard to pick one favorite moment. But I think mine would be “The First Look” and the anticipation leading up to it! I remember tearing up as I walked towards Paul and I could not wait for him to turn around and see me & fall into his arms! As much as Paul loved “The First Look,” his favorite moment was the minute he saw me walking down the aisle!

A Rustic Wedding at WoodsEdge Farm by Monika de Myer