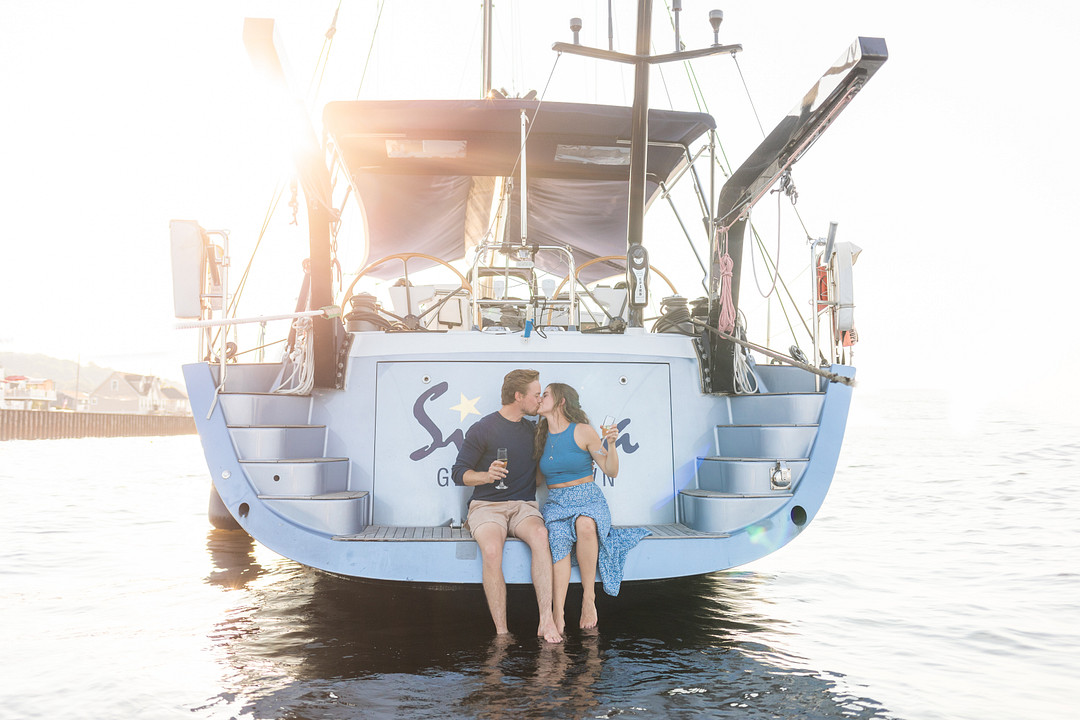 This sailboat engagement session is as romantic as they come. If you don’t believe us, just take a peek inside the swoon-worthy gallery captured through the lens of Alexa Lynn Photography. It’s filled to the brim with the dreamiest golden hour light, water views, and of course, a whole lot of love. See it all below!

From Alexa Lynn Photography…I was SO excited when Jack, who is an avid sailor, was able to pull some strings and get us aboard the beautiful Sirona for some photos. Originally I had thought we were going to be taking photos in Ocean Grove, so was a little off guard – but in the best most fabulous way possible! It was SEA-nic 😉 After the ship, we headed to Shrewsbury Sailing & Yacht Club to catch the sunset on the dock and roof, which was simply stunning. This adorable couple is #goals and we can’t wait to see them tie the knot at Sandy Hook Chapel in 2022. 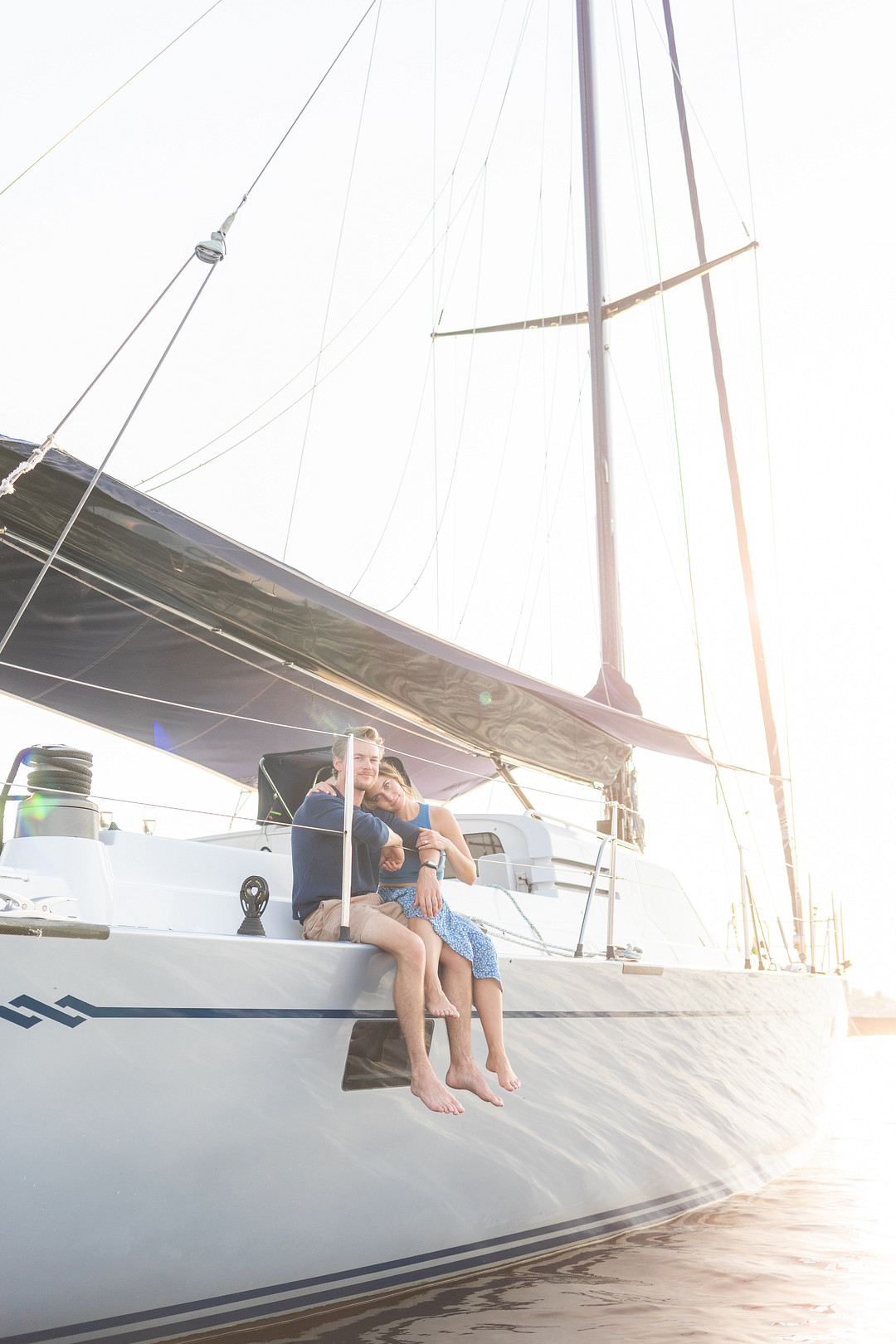 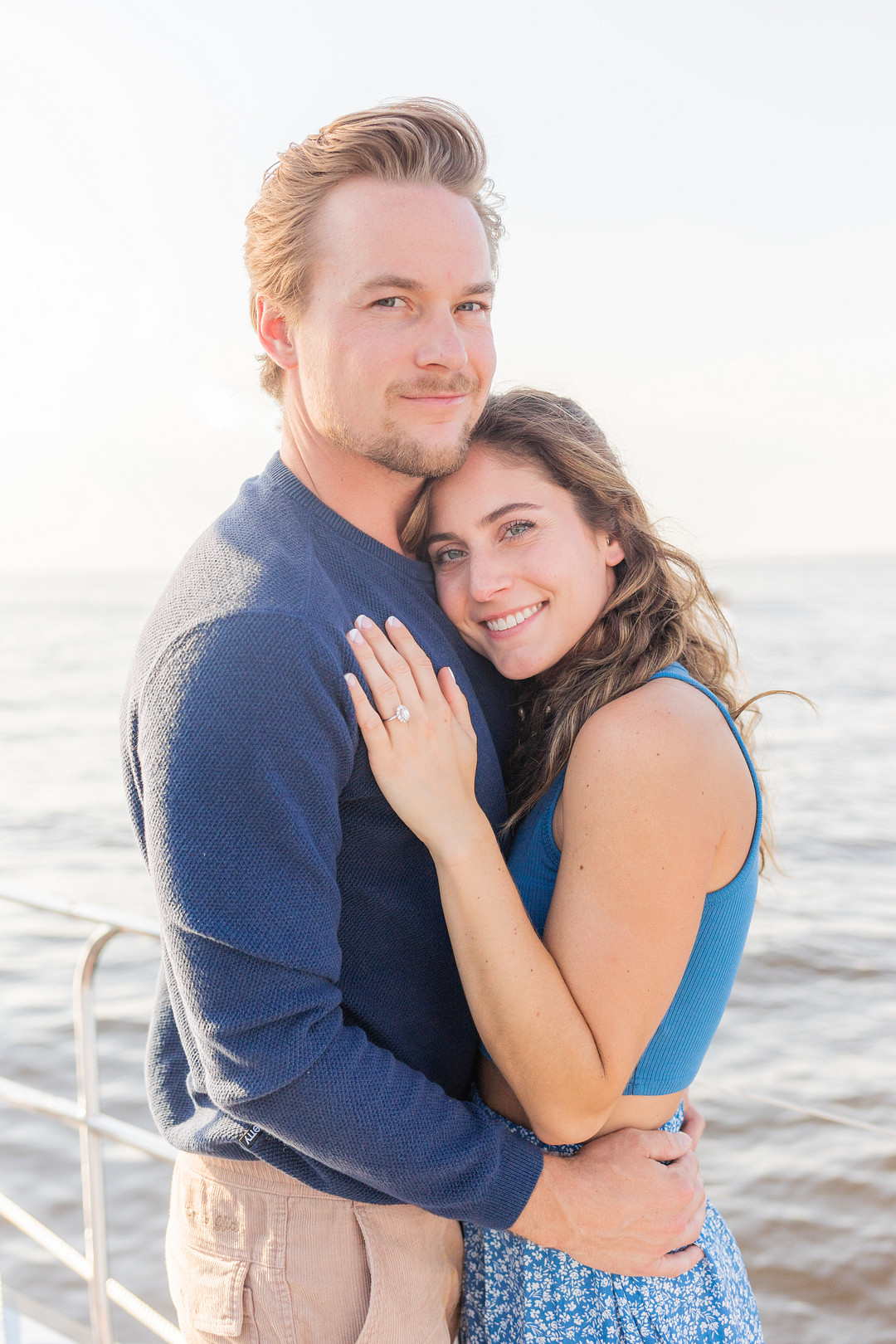 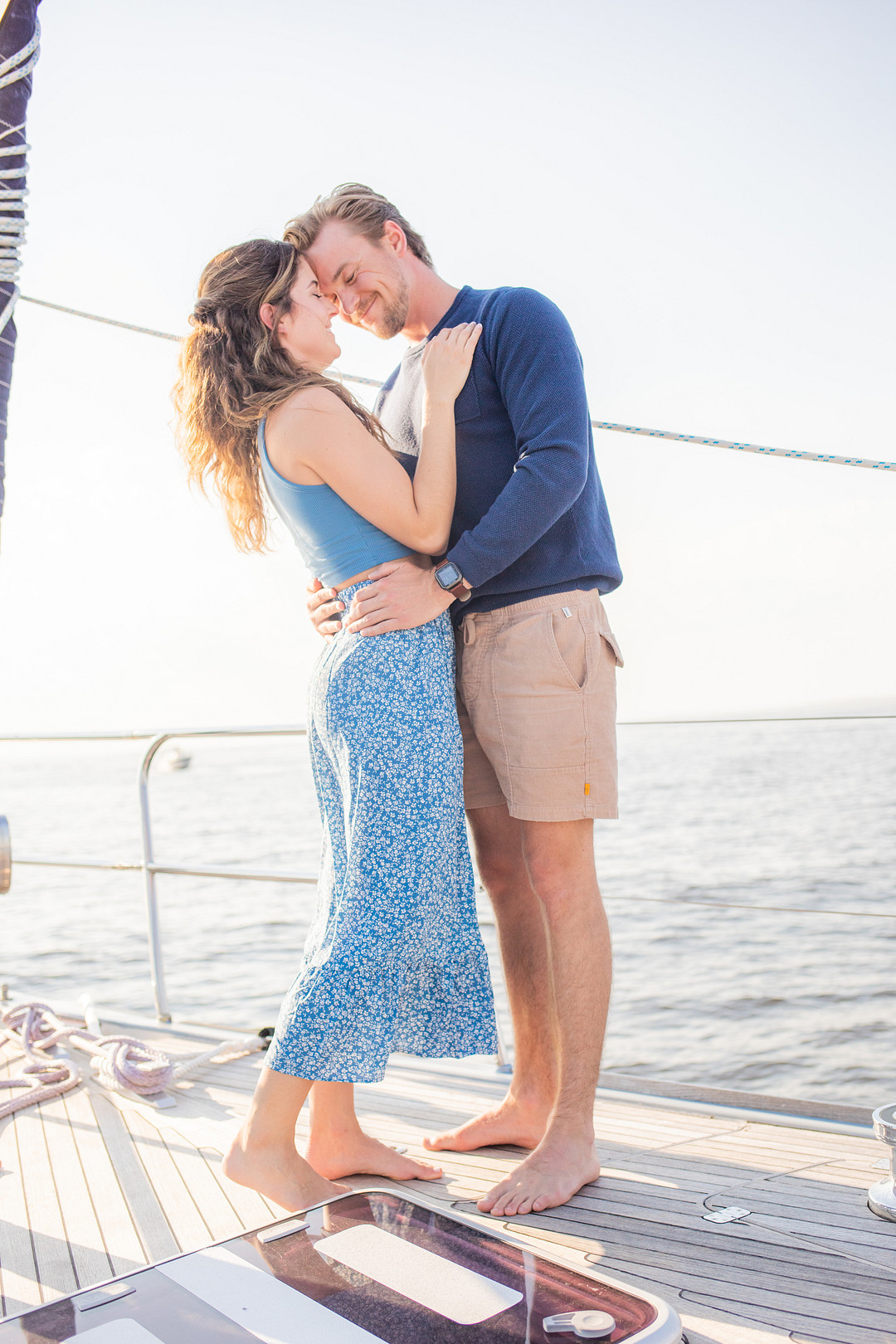 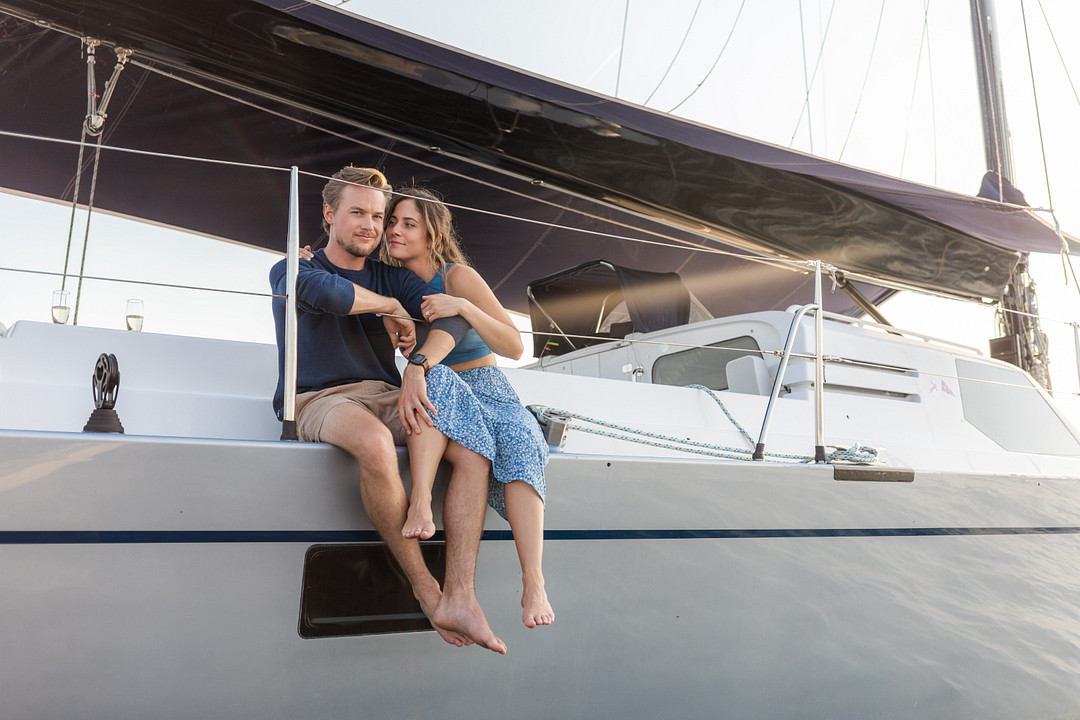 Yet another dating-app success story! Jack and Erica were both working in New York City, but Erica had just accepted a new job in New Jersey. On her last day of work in Manhattan, she decided to go on a Hinge date with a sailor boy from Cleveland who had a spare concert ticket. They initially bonded over their common interest in the Grateful Dead, and had their first date at a Bob Weir show. Sparks were flying and booties were shaking! 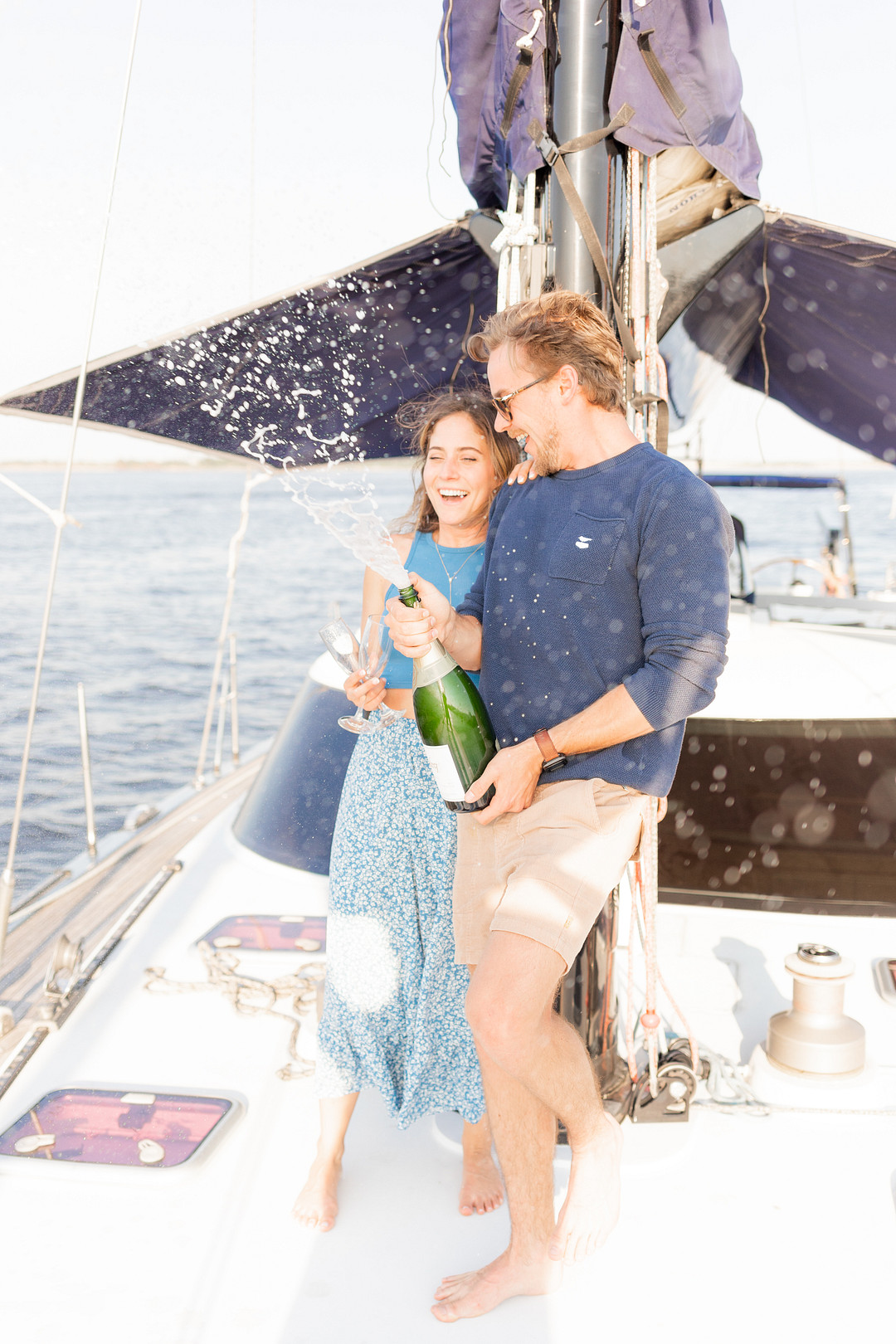 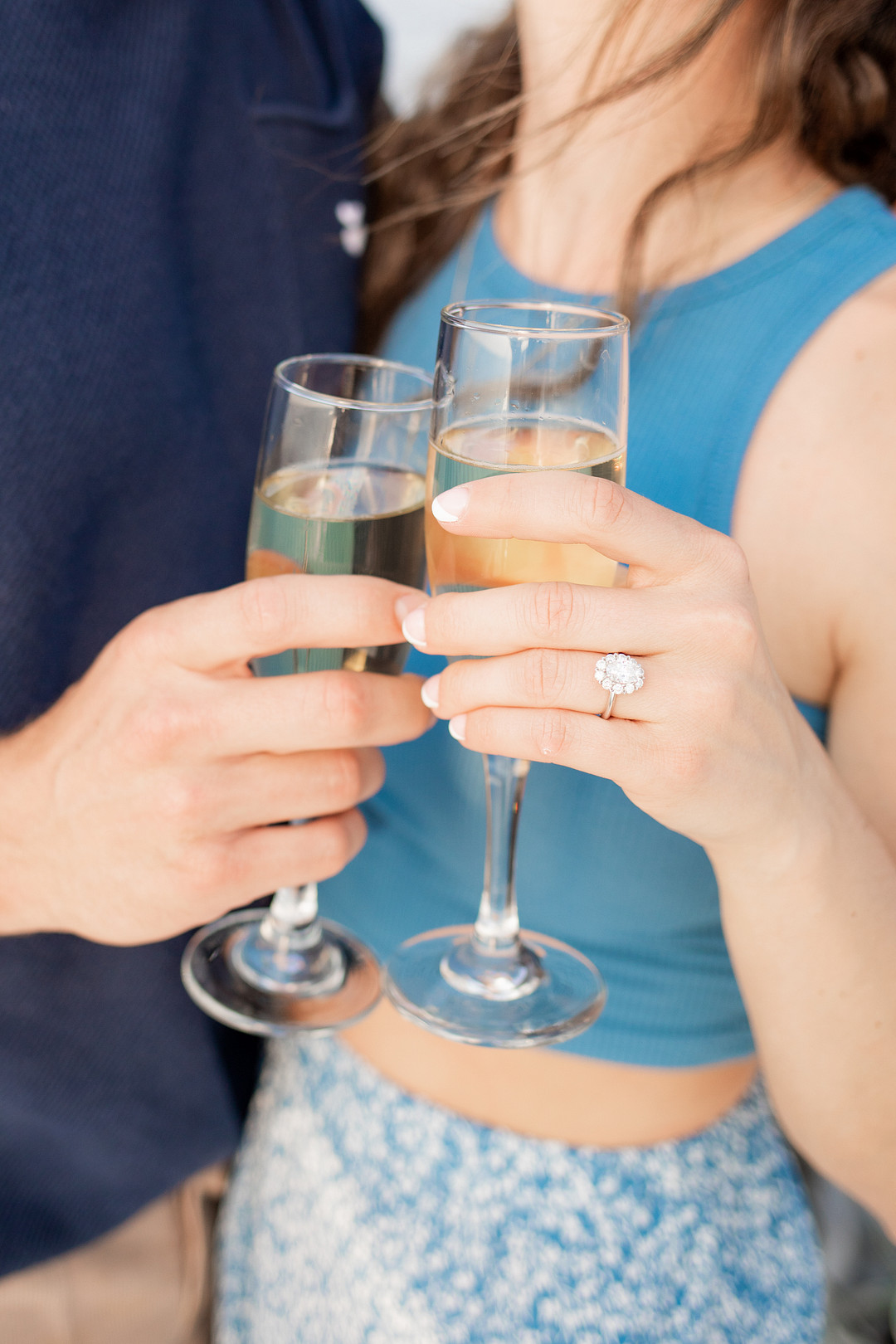 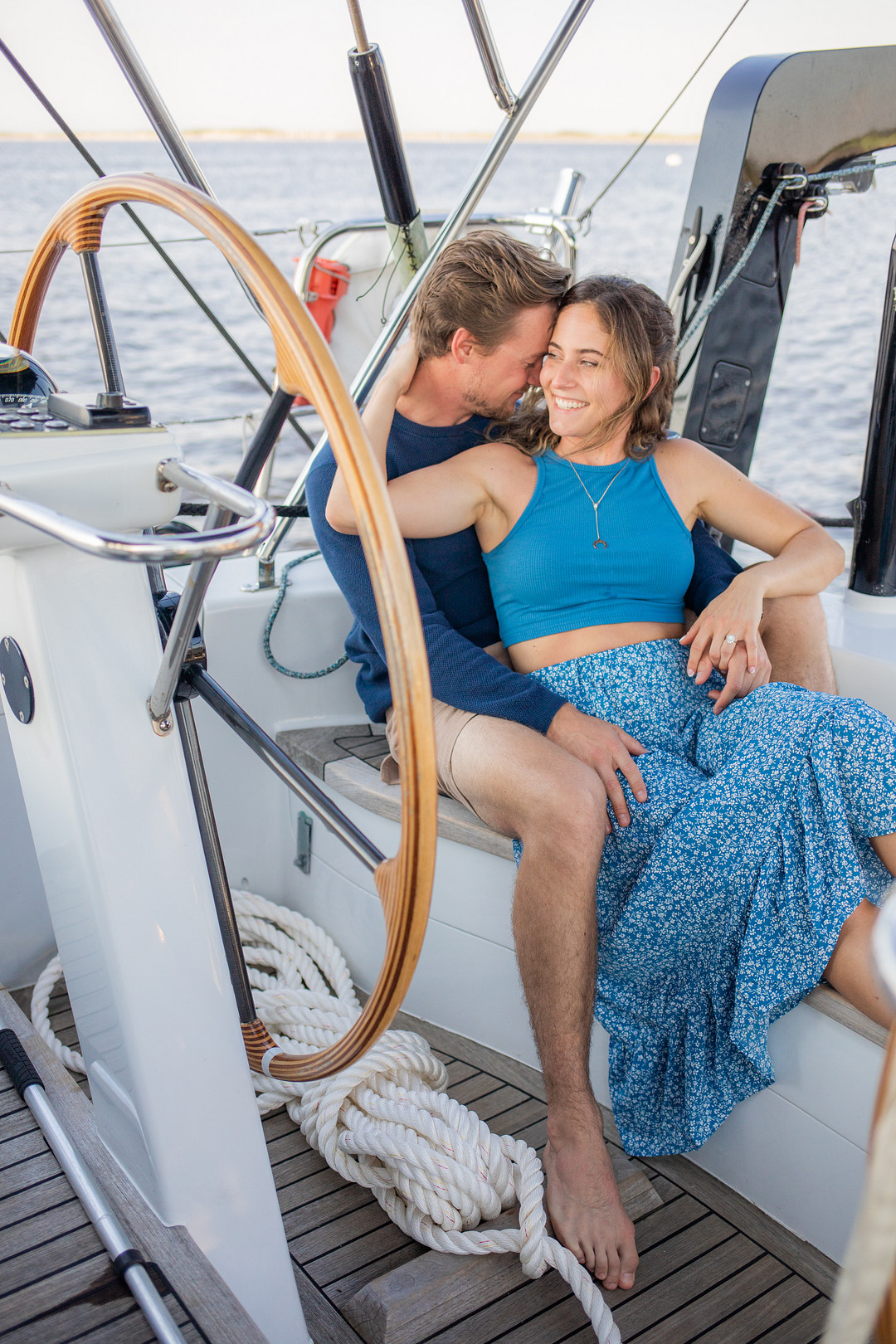 From then on, they spent several consecutive days together bouncing between Jack’s West Village apartment and Erica’s Asbury Park place. One year later, they moved in together on the Jersey shore. In the summer of 2020, Jack and Erica took a trip to Block Island and while enjoying a romantic sunset beach walk on the Mohegan Bluffs, Jack got down on one knee and proposed! 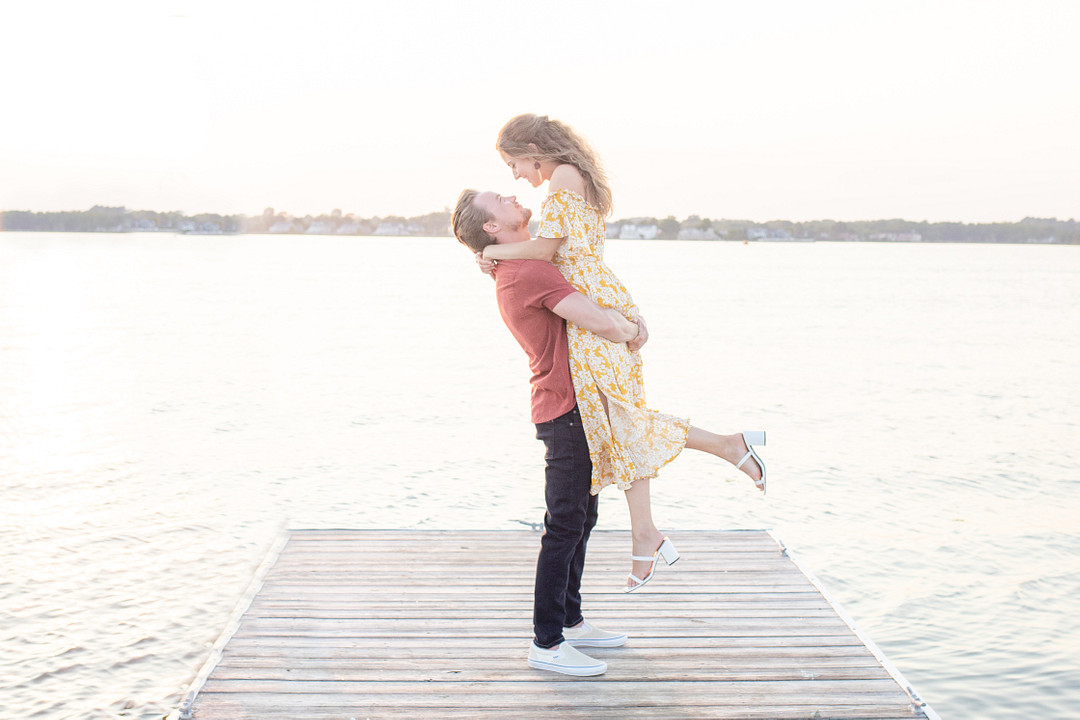 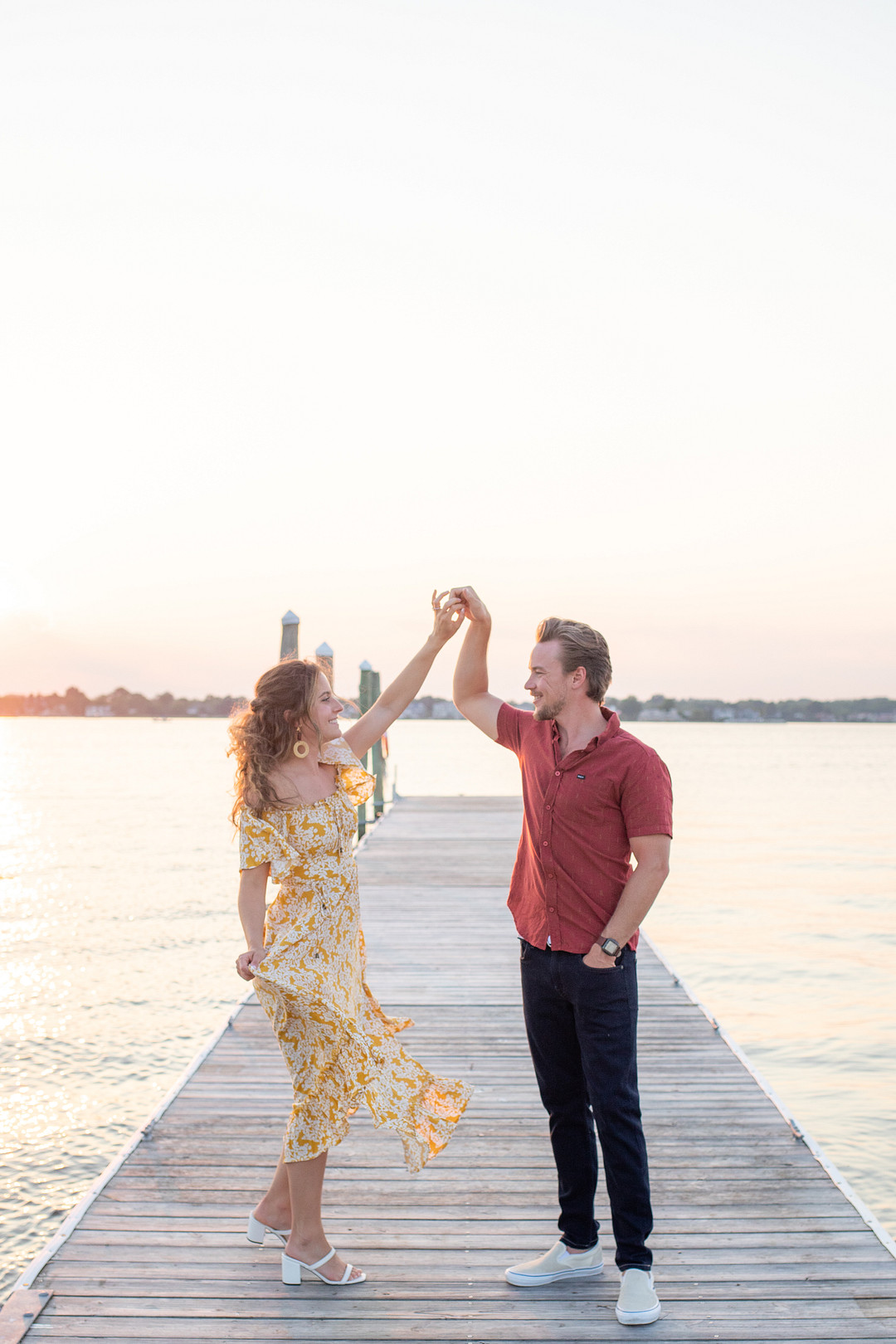 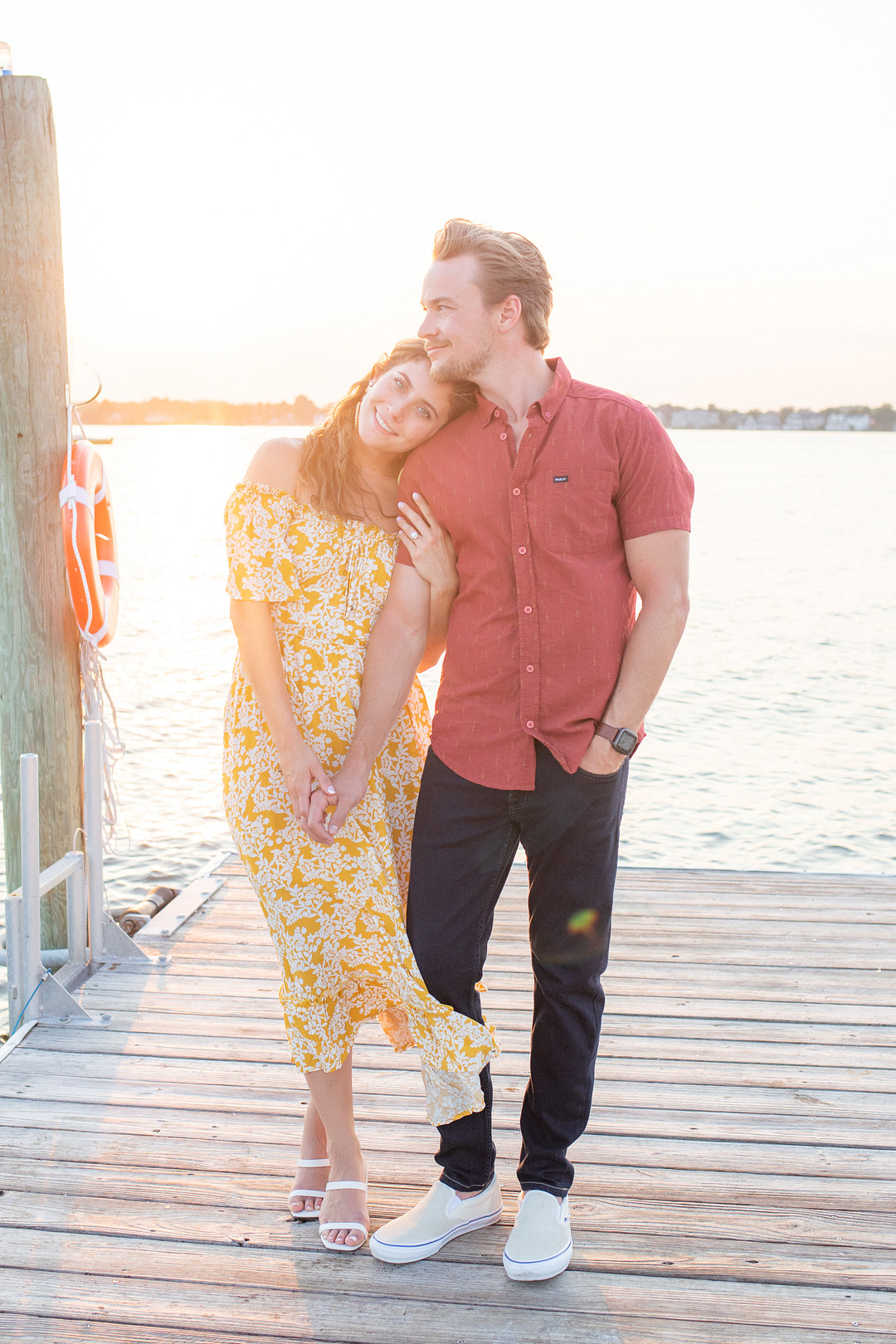 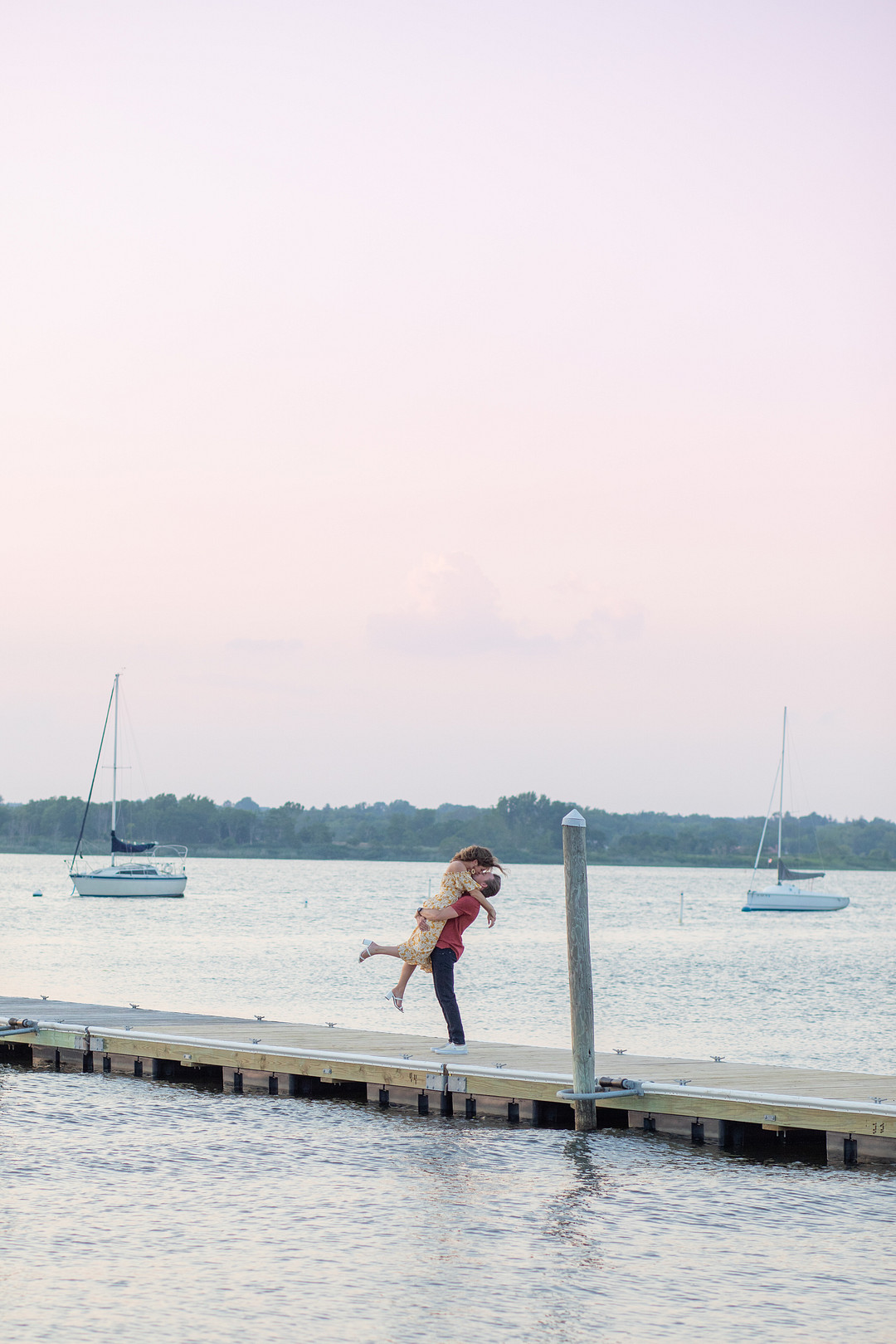